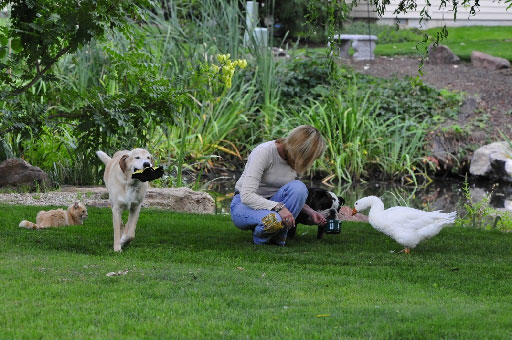 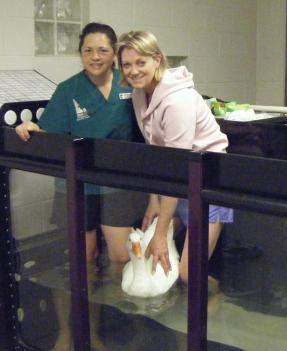 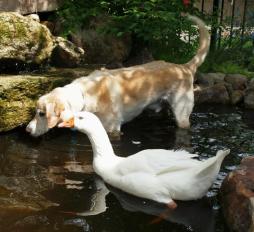 A domestic goose who was errantly released into the wild shortly after Easter several years ago. She was found in the Boise River and quickly wound up at The Wild Bird Center after being rescued by a Good Samaritan.

Grethcen in the tank“My husband and I occasionally run injured birds to the center; there she was in a huge Rubbermaid tub,” said Cyndi, one of Gretchin’s people.“We fell in love and the center allowed us to keep her. Just a little ball of yellow fuzz, she had an injured knee and difficulty walking.” Her new owners brought her to WestVet and after several surgeries and ensuing physiotherapy, Gretchin is enjoying life as a member of her adopted family “She has a limp but gets around just fine. She thinks she’s one of the dogs…”