What’s the best veterinary surgery for my dog’s torn ACL? 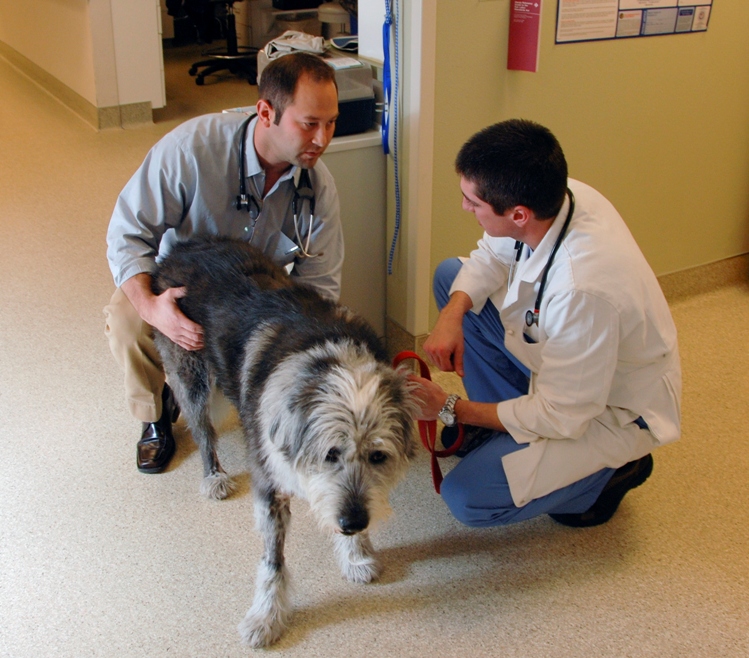 The rupture may occur from trauma or from the gradual deterioration of the ligament. Why this “cruciate disease” occurs in some dogs remains a mystery, however, a combination of heritable and environmental factors–such as conformation and obesity–likely play a role.

Dogs with partial or complete cranial cruciate ligament rupture rarely improve without surgical intervention. Instability and inflammation in the knee joint will usually continue until stability is restored. The concurrent meniscal injury also needs to be addressed at the time of surgery.

When it comes to surgery, owners of dogs with cruciate ligament injury are often faced with difficult decisions. A variety of surgical procedures have been developed to deal with this injury and discussions with veterinarians and other pet owners may only lead to further confusion.

The first step in surgically addressing a dog or cat knee with a cruciate ligament injury is to properly explore the joint, confirm the ligament tear, and identify any other injuries within the joint. This exploratory can be achieved through a variety of ways. The least invasive and most complete method is by arthroscopic exploratory. Similar to what’s done in people, a small scope, connected to a camera and video monitor, is inserted through a small (~1cm) incision. This allows good visualization of all structures inside the joint.  It also allows various treatments such as cleanup of the torn ligament and repair or removal of the meniscus to be accomplished through a very minimally invasive approach. Other non-arthroscopic techniques can be used, however, require either a larger incision in the joint (arthrotomy) or a more limited approach which confines visualization to only the medial meniscus. A meniscal release procedure (cutting the meniscus or ligament holding the meniscus) remains controversial. The theory is that it helps prevent a meniscal tear in the future. Concerns, however, have arisen that the meniscal release may lead to instability and possibly an increase in osteoarthritis.

Once the structures within the knee have been adequately addressed, a stabilization procedure is performed. In people, this is most often accomplished by replacing the cruciate ligament with a synthetic graft, autograft, or allograft. These graft procedures have been performed in dogs, however, issues with deterioration of the graft continued instability, and additional osteoarthritis has led to less than satisfactory results. Extracapsular stabilization procedures (lateral suture and tight-rope) or geometric modification procedures such as the tibial plateau leveling osteotomy (TPLO) and the tibial tuberosity advancement (TTA) have been used more commonly to stabilize the canine and feline knee. Recent studies have shown that the geometric modification procedures such as the TPLO and TTA are superior to the traditional extracapsular procedures with regards to improvements in weight-bearing and reduced development of osteoarthritis. Controversy remains, however, on which geometric procedure (the TPLO or TTA) is better.

The surgeons at WestVet have tried to answer this question through an extensive, comparative clinical study. Sixty dogs with cruciate ligament injury were enrolled in our study and randomly assigned to receive either a TPLO or TTA procedure. All dogs had an arthroscopic exploratory of the knee at the time of surgery and were then followed for 2 years.  A brief summary of the results is as follows:

Based on our study, the surgeons at WestVet (Drs. John Chandler, Sean Murphy, and myself) recommend the following:

Based on our study and some recent studies emerging from Dr. Peter Boucher in Germany, the TPLO is our preferred stabilization procedure.  Further studies in this area, however, are needed and will continue to be beneficial in determining the best procedure for treating cranial cruciate ligament disease in animals.