Weimaraner Trains for a Marathon after successful TPLO surgeries at WestVet 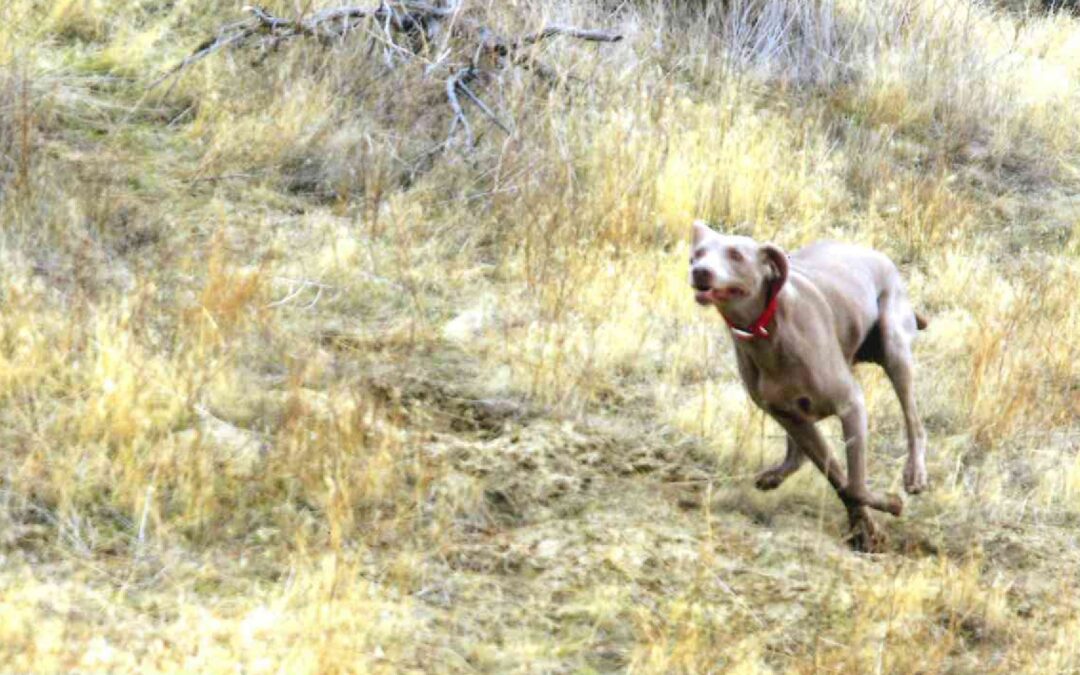 Shadow suffered a torn ACL in both hind legs, her owners knew that this young dog–who loved to run–needed to be restored to full activity; that’s when they turned to WestVet’s Dr. John Chandler, Board Certified Veterinary Surgeon for help.

We love sharing stories about the dogs we meet and their people. Shadow, a delightful Weimaraner, is one such pooch. She was adopted into her family at just 8 weeks of age after her people had lost their longtime pet. Maria says she was looking for a new running partner, and as a photographer herself, she loves William Wegman’s work with Weimaraners. This was the catalyst that led her to seek out Shadow for their family. The blue-eyed little bundle arrived and quickly melted their hearts. Training began right away. Maria and Shadow started out with short walks, then longer walks, followed by short runs, and by her first birthday, the pair was on the trails daily where Shadow was learning good trail behavior.

Maria described Shadow as a “bit high maintenance.” This determined dog often will not accept “no” for an answer. Her research on Weimaraners included Wegman’s photography stories, it turns out he and his wife owned a Weimaraner puppy that also wouldn’t accept a “no.” Their pup wanted to be at his side, even in the photography studio. They finally relented and began including the pup in his photo sessions and completely changed his career.

Maria says this story rang true. At their home, a rule was ‘dogs are not allowed on the furniture.’ Shadow jumped up on the couch anyway. Maria would tell her no and put her back on the floor. She would jump back on the couch. After this routine repeated itself for hours, Maria says, “I finally got worn down and let her on the couch. Now, she lies happily next to me as I work in the evening. Occasionally, if my husband Don is out of town, she’ll jump up on the bed and sleep with me, but if she hears his footsteps she’s off the bed in a flash!”

Shadow is an active dog. She loves to run and swim—even in winter. She stays near Maria. “When I’m home she really does shadow me everywhere, to the extent that she’ll squeeze between me (or Don) and the cabinets when we’re in the kitchen cooking.” She said, “Shadow doesn’t like the car (even though she never had a bad experience) or hugs, but she loves running the trails. She stays close and is my companion and protector.”

Shadow came to WestVet with a referral to Dr. John Chandler, Small Animal Surgeon, after Maria noticed that she was limping on a hind leg. At the time, Dr. Chandler and the surgeons at WestVet were involved with a clinical trial for knee repair in dogs.

“The idea of participating in the clinical trial intrigued me. Shadow was enrolled and was randomized to have the TPLO surgery.”

TPLO surgery went smoothly for Shadow. As post-operative recovery was critical to ensure she did not reinjure the knee, Maria and Don corralled Shadow in the family room, brought her to work to keep her resting, and did the recommended exercises to strengthen the leg. Maria thought they had the system all worked out, until one day, after corralling her and leaving for work, she unexpectedly returned to get something and discovered that Shadow had jumped the 3-foot high corral. After that, they utilized the kennel. 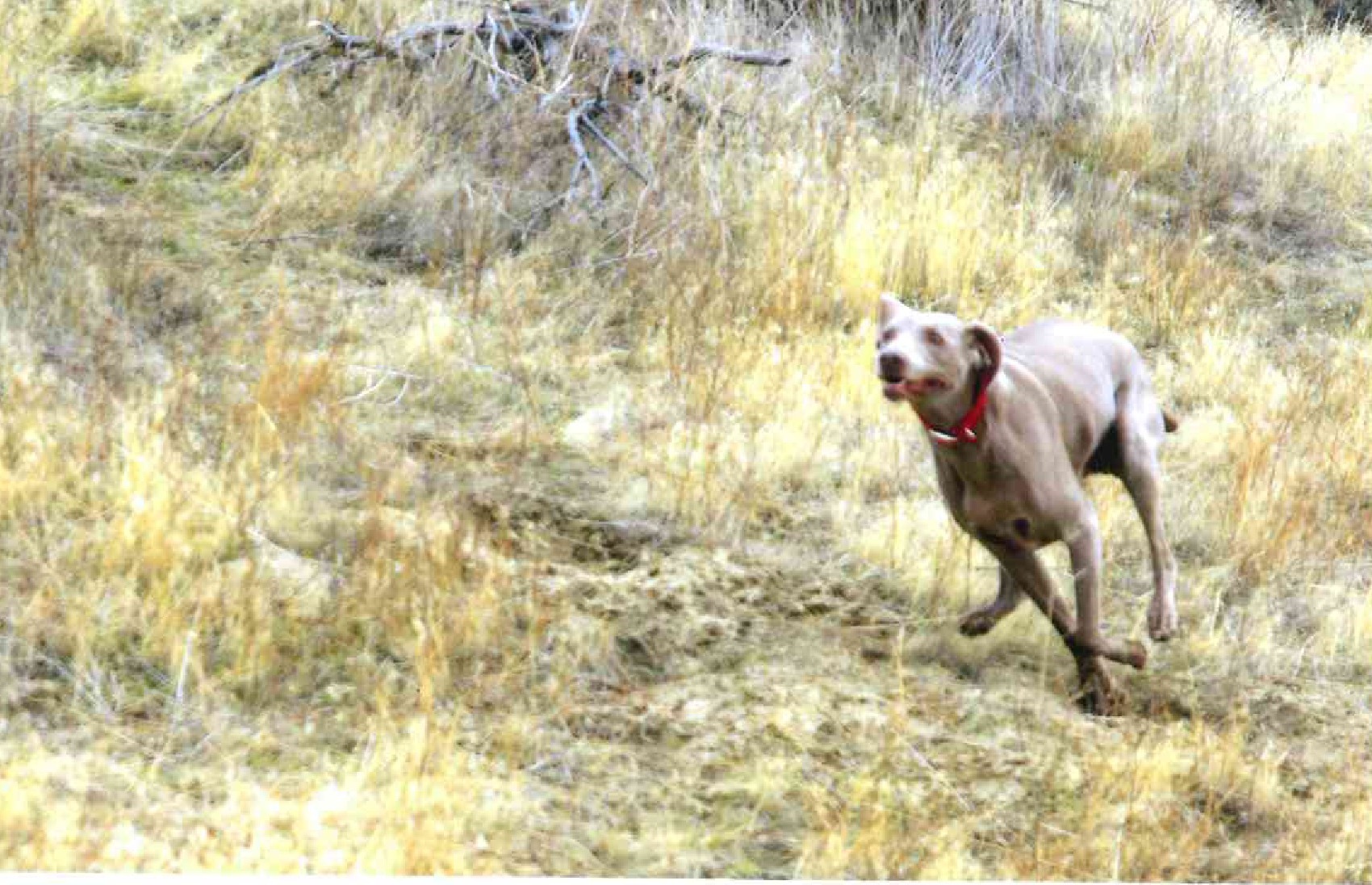 Shadow recovered from the TPLO surgery and was on track to resume trail running when she began limping on the other hind leg. It was another torn cruciate ligament, requiring a second surgery and another round of rehab. Finally, Shadow was fully healed—she’s been running ever since.

Her renewed vigor for running became a crucial element for Maria to train and compete in the New York City marathon. “A good friend and I had always wanted to run the NYC marathon. Several years ago we had run a few together. To be ready I had to train in six or seven weeks.”

Maria and Shadow began. They started running 6-7 miles and kept lengthening the distance. 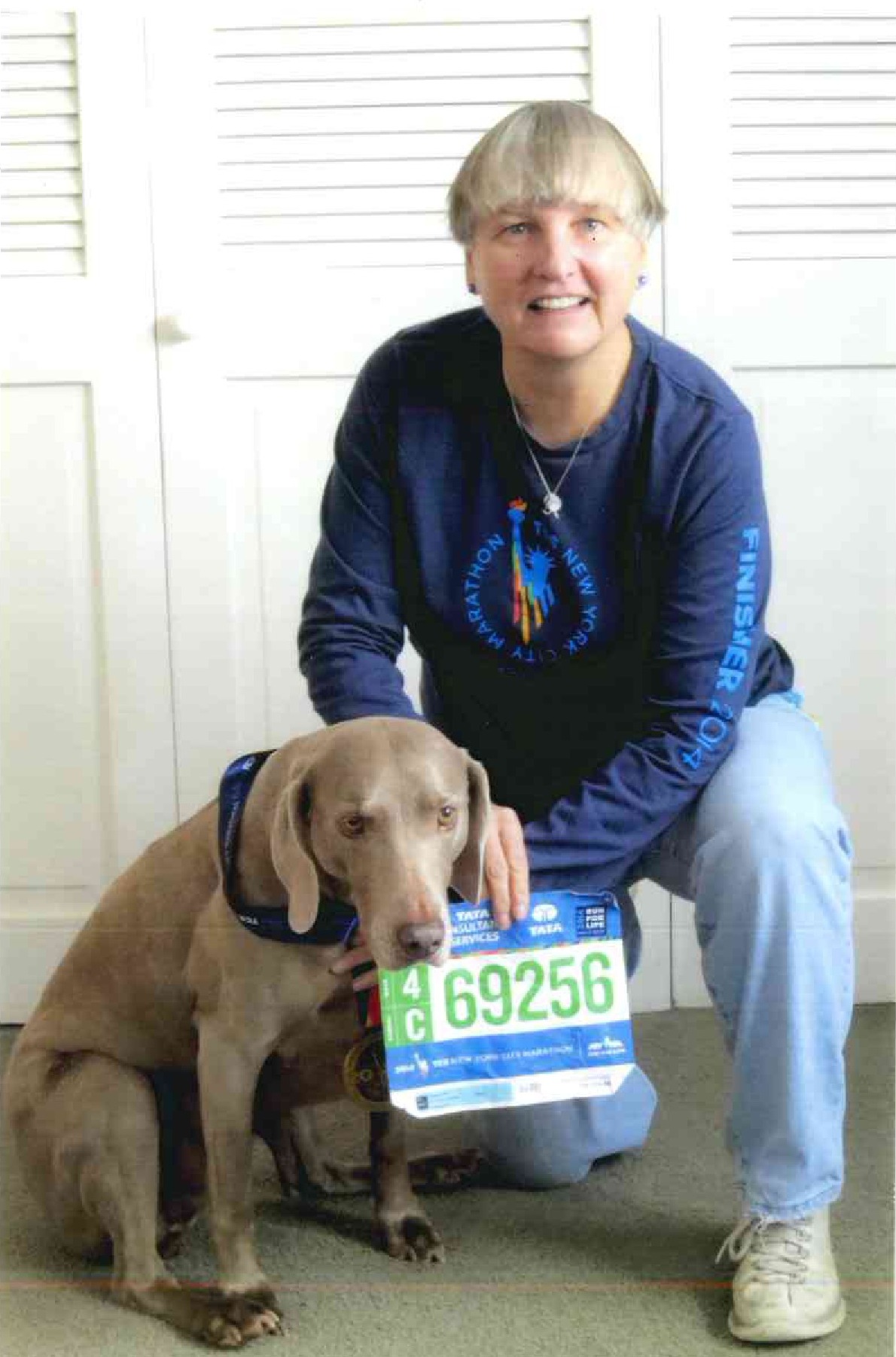 Maria says Shadow met her stride for stride. The pair stayed along the greenbelt to enable Shadow to get a drink and cool off and to help Maria with pacing. “As she had to be leashed on the greenbelt, she kept me at just under 10 min/mile, until I began to tire at the end of the really long runs. I shared my banana pieces and Power Bars with her and as our mileage increased she showed no ill effects from the TPLO surgery. During our 20 mile runs , Shadow was running happily just in front of me, then demanding to stop at all of the places we regularly stopped so she could get a drink and take a dip. If I acted as if we weren’t going to stop, she would pretty much drag me there—again, she wouldn’t take “no” for an answer!”

“Shadow deserves the medal I earned in the NYC marathon as much as I do – for her motivation and loyalty and athletic ability. I am so grateful that the TPLO surgeries allowed her to be the runner she is.”