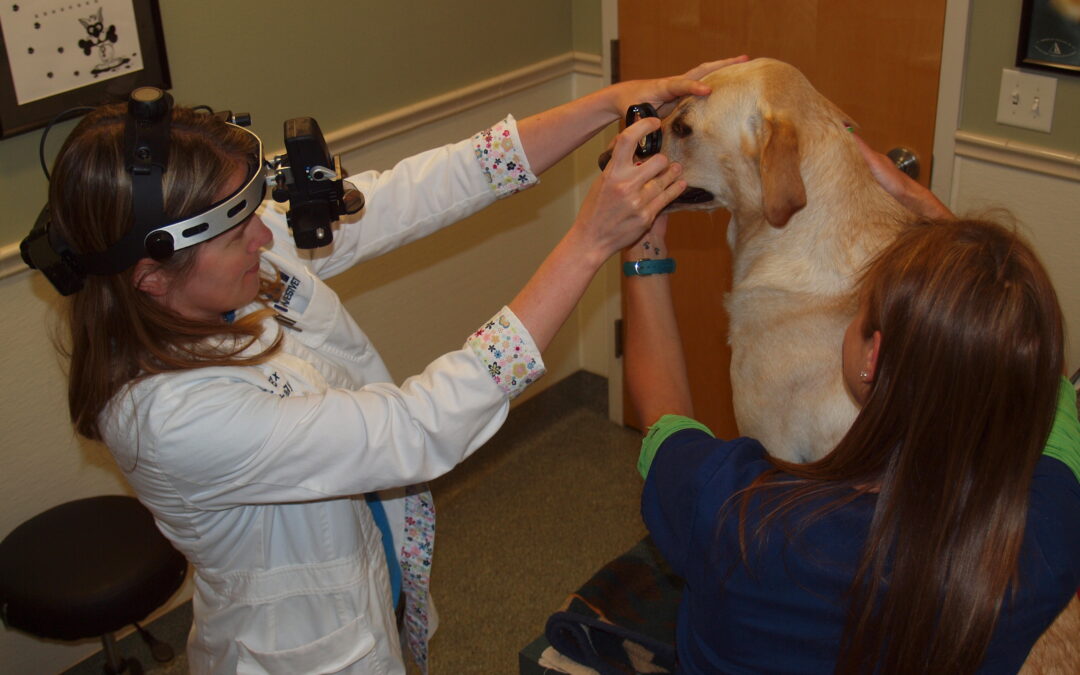 During the month of May, as Carrie Breaux, DVM, Board Certified Veterinary Ophthalmologist, has donated appointments for free eye exams for Service Dogs, we have been amazed, inspired and pretty enamored with the talented dogs who devote their lives to service. 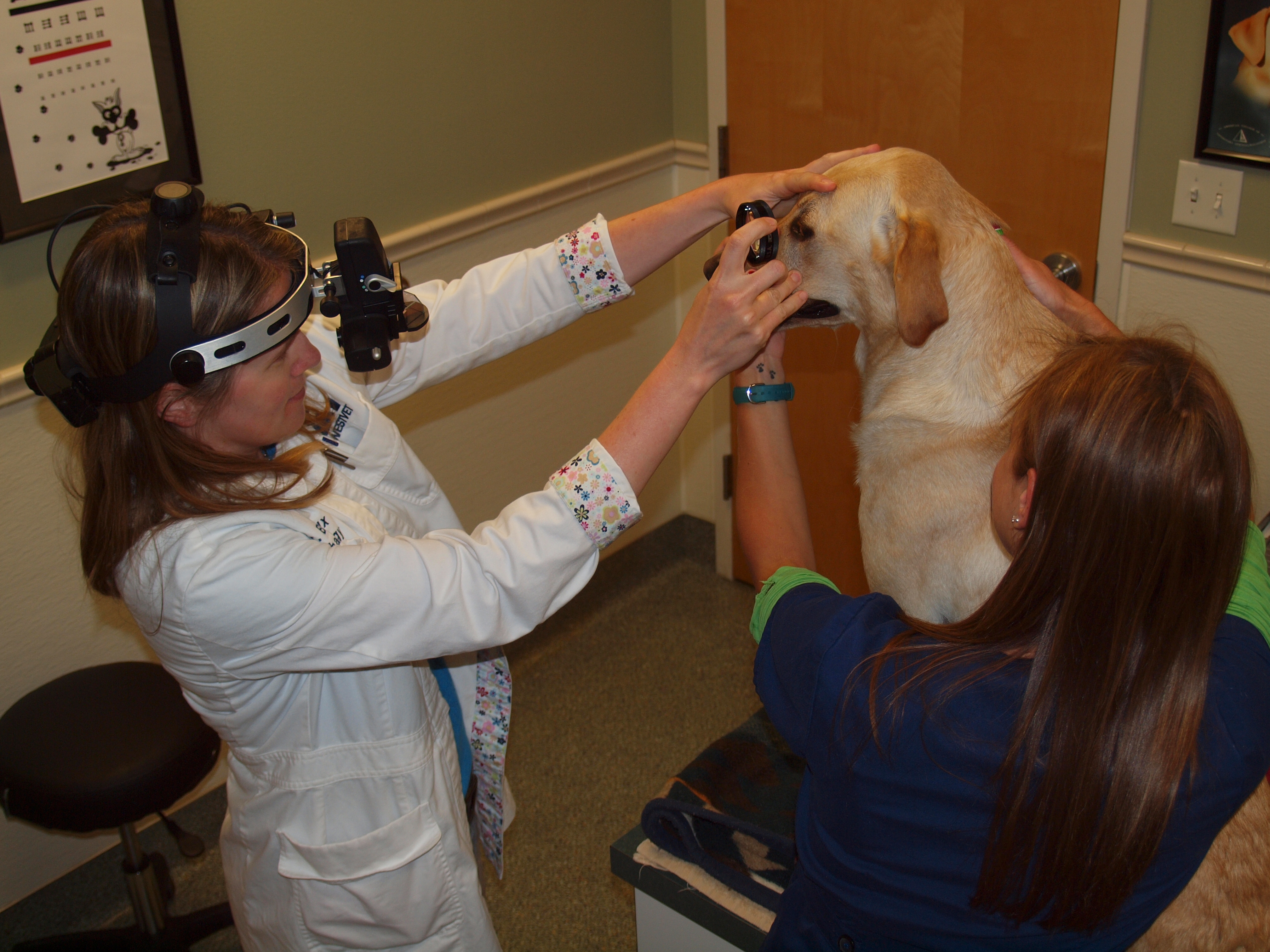 We were fascinated to discover Raffey’s responsibilities. 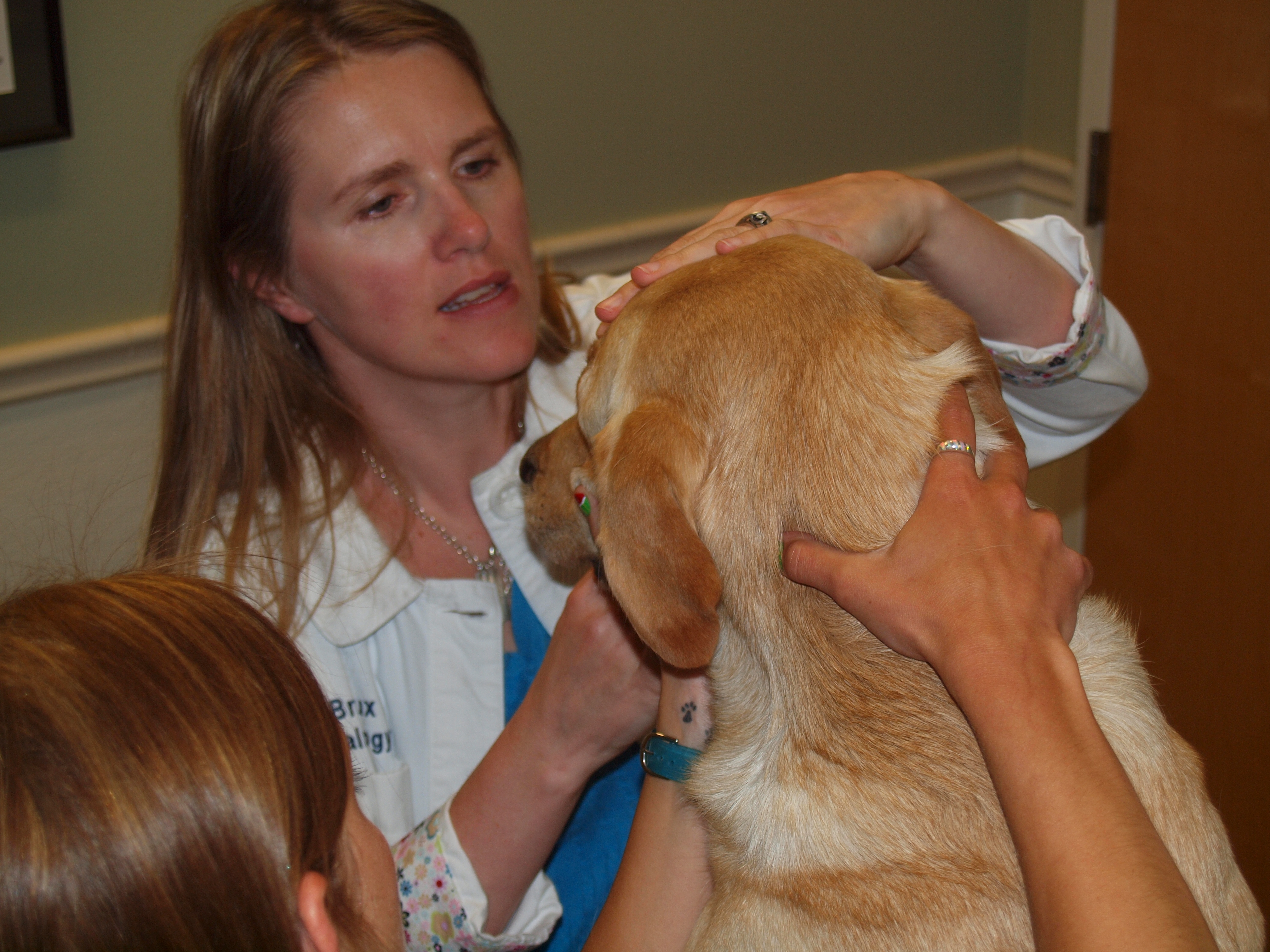 As a Disaster Search Dog, he is trained to find people trapped in confined spaces, collapsed buildings, trenches, or abandoned building. In addition, he may be used for a water disaster to lead a recovery team to the victim of a drowning.

Raffey is a full blood yellow lab and he has quite a pedigree. His mother served as a FEMA search dog, his father was a Master Hunt Champion. Raffey’s owner Barb, a new retiree of the Boise Fire Department, had been researching and preparing to work with a disaster search dog when she saw a newscast featuring dogs who had been working in Haiti after the devastating earthquake in 2010. A phone call to the handlers led her to the Maranatha Kennels in Buxton, Maine and to a wiggly, 10-weeks-old Raffey.

He was picked from his litter of 13 siblings for displaying specific traits which would make him a successful Disaster Search Dog. 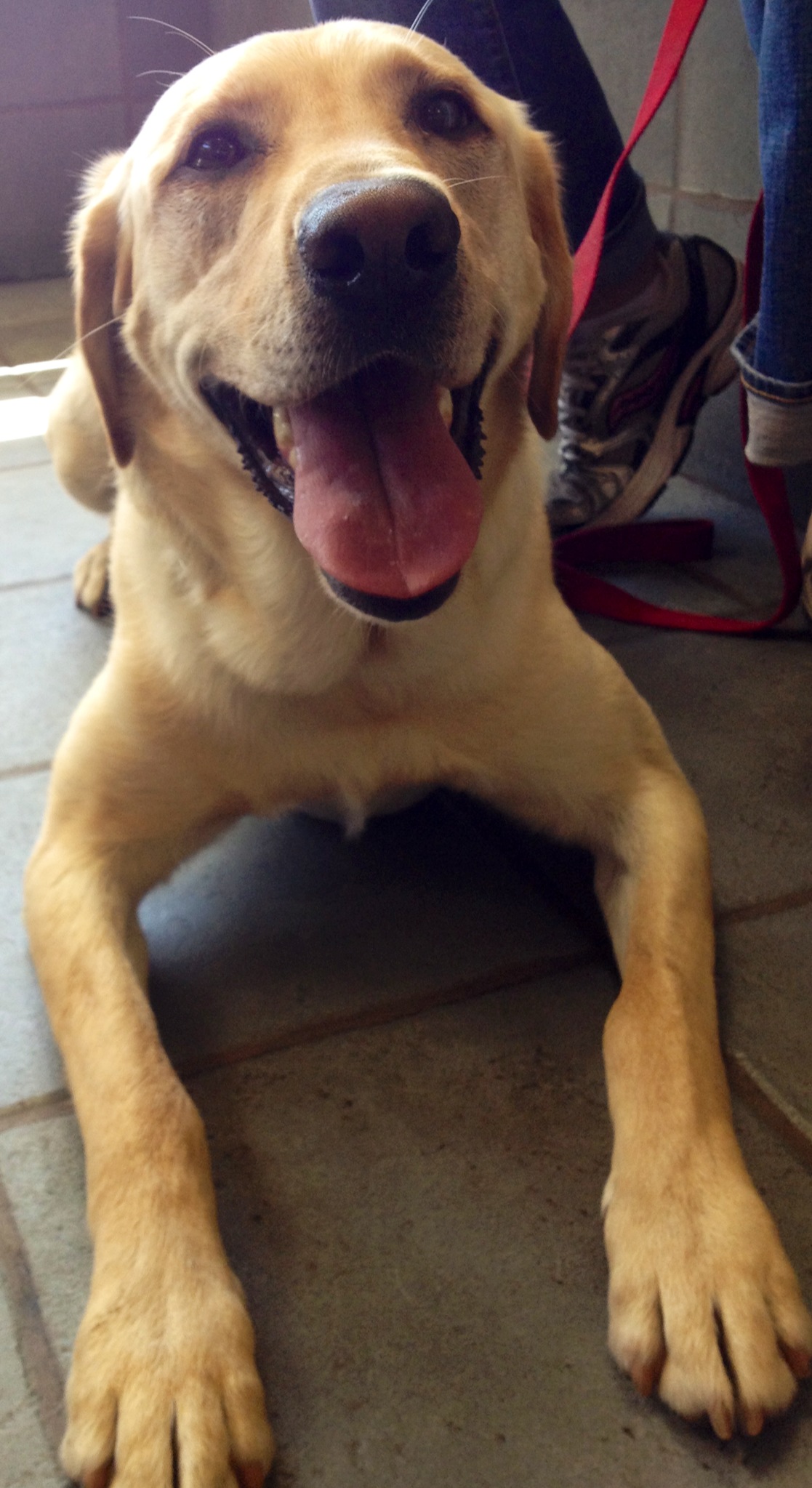 “When Raffey and his young littermates were tested, handlers were looking for two main criteria: the hunt and prey drive,” Barb said. “Hunt for commitment to the process and prey for his desire to play and respond. Raffey was tested with tugging on toys, following his handler, pursuing a soft toy similar to prey and calmness with loud noises. Raffey passed all with flying colors.”

Once Barb adopted Raffey it was her job to train and work with him in order to shape him into a successful Disaster Search Dog. “I worked on the hunt and prey characteristics through various games and activities. We also addressed basic obedience.” When Raffey matured, he participated in Disaster training seminars out of state for several weeks. This included things like bark barrel training and agility. As he and Barb were reunited, she incorporated each new skill set into her training with him. Without a K9 team in Idaho,  Barb and Raffey traveled all around the country training with different tasks forces.
“Although I did not have a disaster K9 team to train with here, I was able to work out with Idaho Mountain Search and Rescue K9 team.” Barb said, “They have air scent dogs for wide area or wilderness search. The basic concept is the same whether the person is trapped in a rubble pile or lost in the woods. Hide a person and reward the dog with some type of play.”

Raffey’s training continued until he earned national certification. “I eventually landed with Boise Fire’s collapse structure team and pursued FEMA certification through Utah Task Force 1. This full FEMA response team is comprised of more than 80 people, with 10 of them serving in the K9 unit.”

Raffy’s first FEMA exam consisted of 5 elements – agility, direction control, obedience, 5 minutes down stay, interacting with other animals and people without aggression and search. He soared through the requirements. His final certification exam consisted of 2 rubble piles with anywhere between 2 and 6 victims. He and Barb completed that portion of the exam in Columbia, Missouri where Raffey successfully located five victims.

Raffey is just one of the service dogs who impressed us during this month. Each May the American College of Veterinary Ophthalmologists (ACVO) and Merial have sponsored the National Service Dog Eye Exam Event. Since its inception in 2008, more than 16,000 animals have been examined around the country. Locally, Dr. Breaux will see more than 40 service dogs this month.