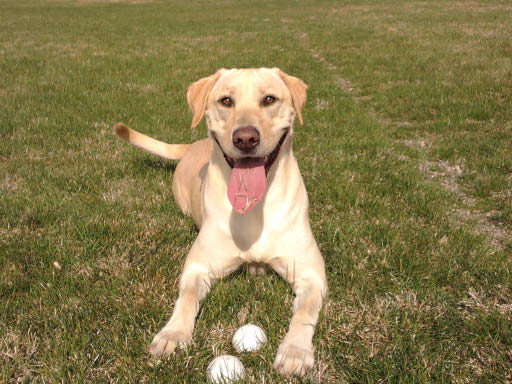 “Louie” is a four-year-old yellow lab, a sweet bundle of energy, and a TPLO surgery success story. He came to WestVet’s veterinary surgeon Dr. Sean Murphy after his owners noticed a persistent limp and soreness.  We were delighted when they agreed to share his story for today’s blog post.

In 2010 Jessica and Vinny were newlyweds. When Louie joined their life, he made a new family of three. They tell us that they fell in love with everything about him.

From his energy and enthusiasm for life (whatever he’s doing) to the fact that he looks like he’s actually smiling all the time. They quickly discovered that this happy dog was happiest when he was busy. His favorite activity? Getting dirty, exploring the foothills, or swimming in the Boise River.

Then they noticed that Louie was limping. Jessica reported there was not a specific incident that caused a torn ACL injury for Louie.

“He started getting sore with an accompanied limp after a run in the foothills or the park. We tried some Glucosamine supplements. They seemed to help a little bit, but the problem persisted. Initially, we were hesitant to bring him to Dr. Murphy because he was still 100% fine while playing and running. Then things took a turn. We noticed Louie was limping even before outdoor activities. That’s when we called WestVet.”

After an examination with Dr. Murphy, board certified surgeon, Louie was diagnosed with a torn ACL. Dr. Murphy recommended a TPLO surgery without hesitation. 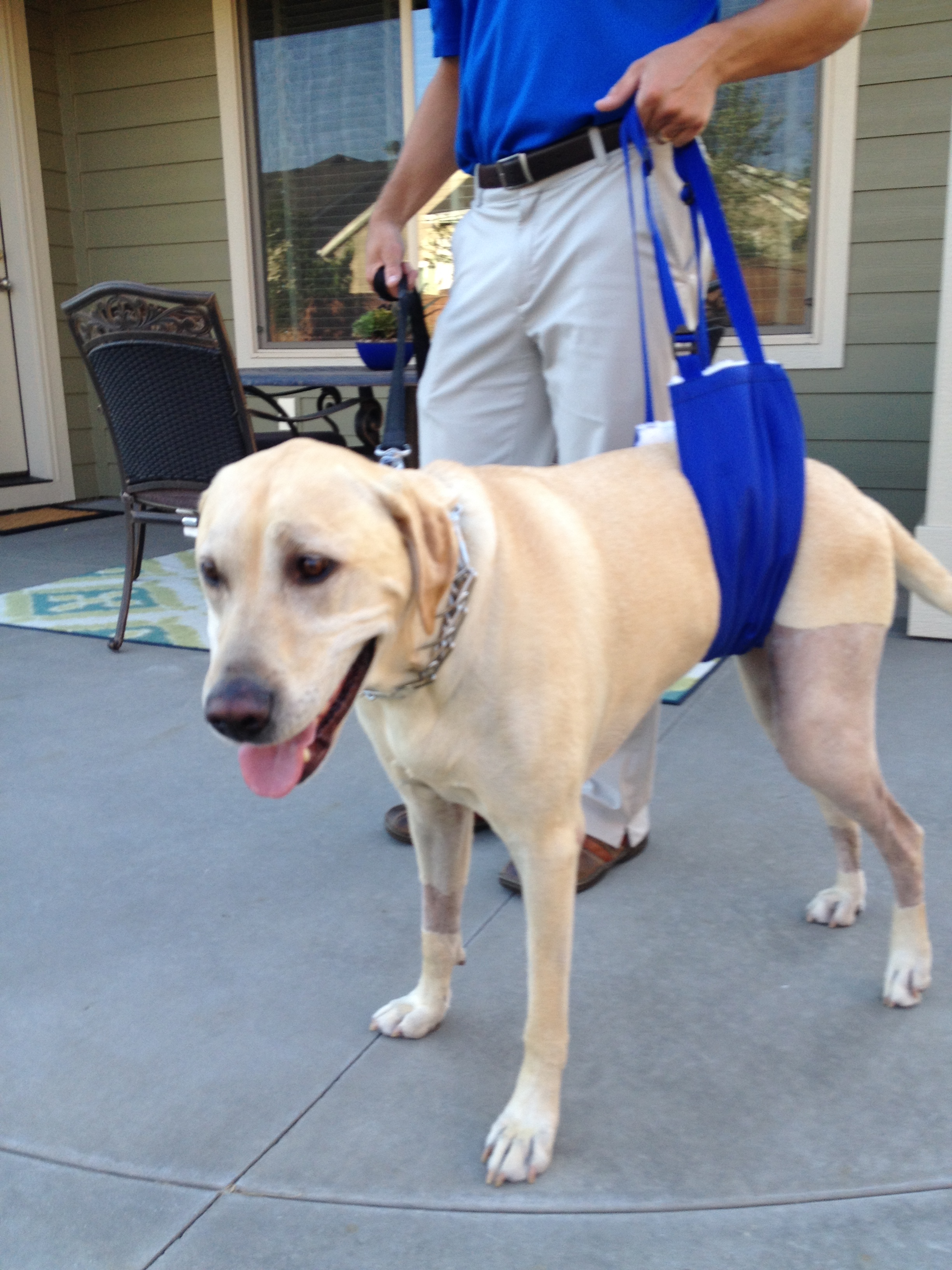 Jessica and Vinny initially felt a little nervous about the procedure, but Dr. Murphy reassured them that the success rate for veterinary TPLO surgery is very high. He also told them surgery would enable Louie to return to near normal activity

Here is Jessica’s description of the day of surgery and immediate recovery:

“We dropped Louie off first thing Monday morning, July 7th. He was discharged for home the next day. Amazingly, when we picked him up, although he was walking with a sling around his waist, one shaved leg, and a pain medication patch, he was wagging his tail.

The first two weeks were a little stressful. My husband slept nearby Louie to ensure he did not get up and move around too much. We were very careful to use the sling properly, to keep him a tight medication schedule, and to keep him sedentary. We also used ice to help with the swelling.

One of our biggest concerns was keeping our very active Louie calm after the TPLO surgery, but through the healing process, miraculously, Louie seemed to understand his limits. We were very diligent about doing the recommended exercises and physiotherapy prescribed to us by the doctors— something I think that has helped in the healing process immensely.”

Jessica reports that recently Louie had a very positive follow-up eight week check post surgery.  Radiographs of the operated limb showed complete healing of the bone cut and all the implants were intact

Jessica tells us that Louie is returning to activity every day. “We are walking Louie about an hour everyday and jogging for about 20 minutes also we are able to do some hill work (all on leash).  His muscles seem to be coming back strong. He is determined to make a full recovery. 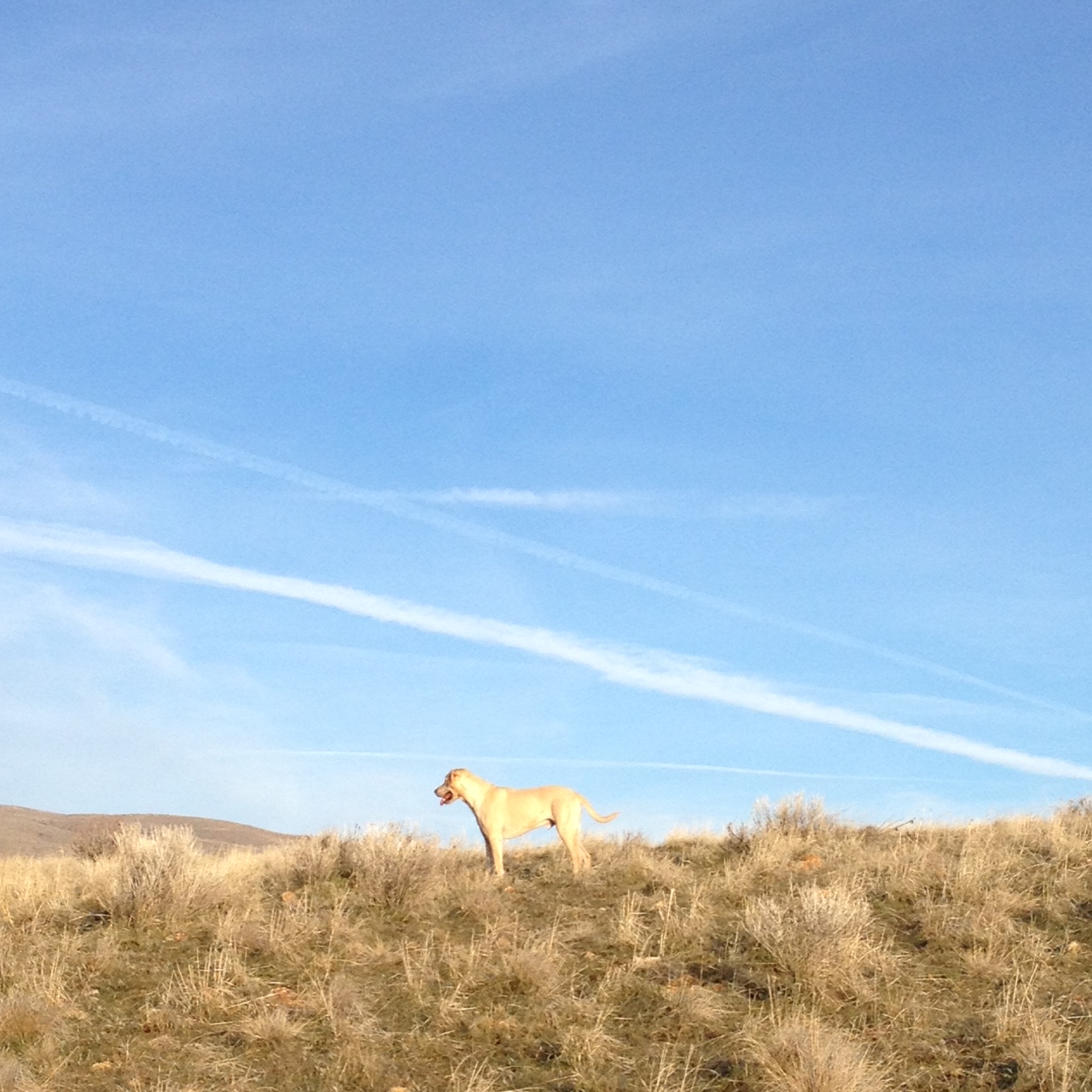 Louie also REALLY enjoys being massaged on the leg he has surgery on after our walks. He is still inside during the day, and according to doctor’s orders, he will not be outside unsupervised until week 12 of recovery.

Most importantly Louie seems so happy! He’s back outside smelling everything in sight and checking out the neighborhood.

I would recommend TPLO surgery for anyone who has a dog suffering from a torn ACL.”