It’s Spring—Love is in the Air for Felines

Did you know that there is an actual “kitten season?” It is the time of year when animal shelters are bursting with kittens. WestVet’s Hazel C. Carney, DVM, MS, DABVP, shared the following information for cat owners on the signs and symptoms of a female cat in heat:

It’s 3 AM when you are jolted awake by screams of what sounds like terrible pain from your six-month-old female kitten. When you stagger half asleep to the living room you find her writhing on the floor while a cat outside on the window ledge howls. Concerned, you call your veterinarian who reassures you: your cat is probably just in heat, not seriously ill.

Most female kittens first go into heat when they are six to eight months old. Some shorthairs, especially those with Siamese ancestors, may reach puberty at five months while long-haired kittens may not go into a first heat until nine to eleven months of age.

Longer hours of daylight, warm temperatures, and the presence of other cats all help to bring on your cat’s mating season. The peak mating seasons are usually early spring, late summer and “Indian summer.” However, if the weather stays warm and sunny through the winter, some cats will come into heat year round.  In addition, cats that remain fully indoors may also cycle year round.

During mating season, a female cat, or queen, will go in and out of heat several times. The cat has 4 hormonal and behavioral stages to her estrus (reproductive or heat) cycle. The signs of the stages overlap and the duration of the stages vary from cat to cat. During the breeding season, most queens go into heat every three weeks if not mated; others call only once a month, some every two weeks, and still others just once or twice during the season. Basically, each cat has her own pattern, which usually repeats itself each spring or fall. Knowing about the stages of the heat cycle will help you understand your cat’s behavior. 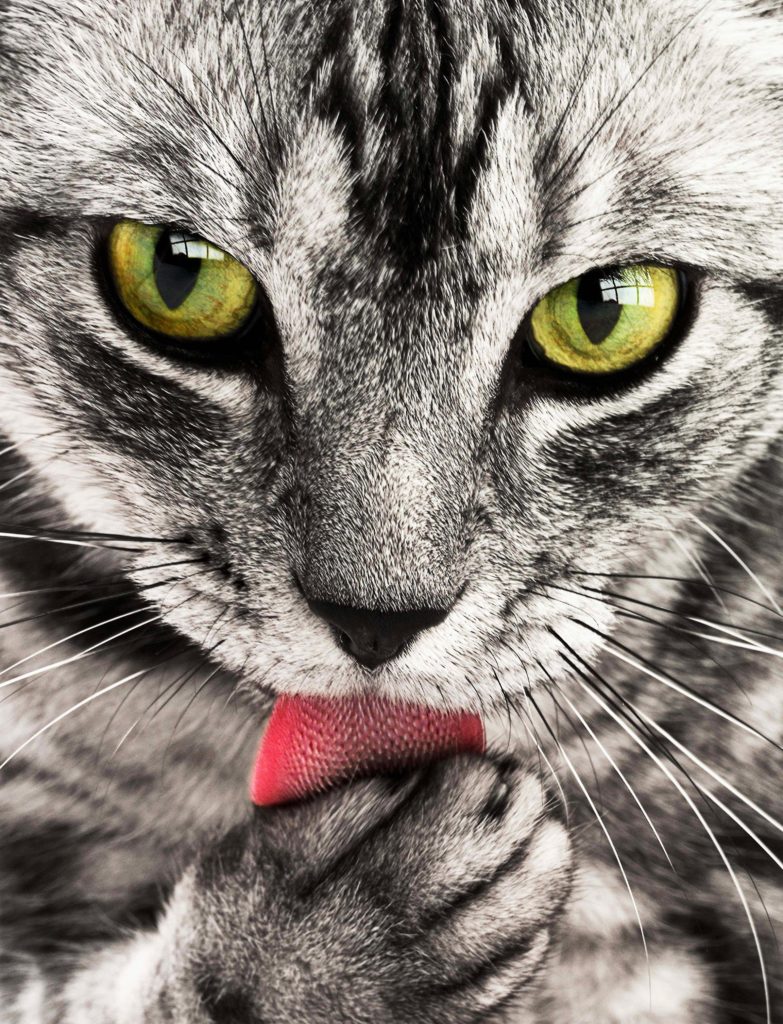 Proestrus (courtship): Normally lasts one to three days.  During this time your queen is more affectionate, chirps and chortles, and seems more restless. Her appetite varies.  She attracts male cats to your house but refuses to mate.  You may notice a slightly swollen, moist vulva.

Estrus (mating): Also called “standing heat.” It lasts three to five days if your queen mates and up to 14 days if she doesn’t mate. She cries loudly, rubs against you and the furniture, shakes her pelvis and rolls. If you stroke her near the base of her tail she squats, raises her hind quarters, switches her tail to the side, and treads with her hind feet.  If no tomcat is available she will try to leave the house to find one.

Metestrus (aftermath):  The short third phase usually lasts 24 hours. Your queen still has the estrus behavior patterns but refuses any advances by a male.

What happens next depends on what happened during estrus.  If your queen was successfully bred and is pregnant, she will have kitten within 58-70 days.  If she was sterilely mated, she enters a false pregnancy of 30 to 45 days.  If she was not mated, she enters a 7 to 28 day period of sexual quietness, after which she begins the courtship stage again.

Anestrus (rest): Your cat is not in heat.  The cycle is over for now. This is the ideal time to schedule her ovariohysterectomy (spay) surgery.