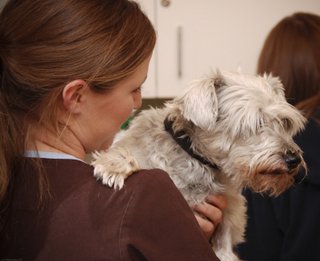 Pet owners and veterinarians— the FDA is asking for your help. In an announcement Tuesday, the Food and Drug Administration requested help in the mystery of the jerky treats which have harmed so many pets.

To date, 3600 dogs and 10 cats have fallen ill, of which 580 pets have died, all after consuming jerky pet treats made in China.

Another concern: the number of sick pets has increased since January.

According to the statement, after the FDA’s Center for Veterinary Medicine has run more than 1,200 tests, visited pet treat manufacturing plants in China, and worked with researchers, state labs, and foreign governments, they have still not been able to determine the exact cause of the illness.

“This is one of the most elusive and mysterious outbreaks we’ve encountered,” Bernadette Dunham, a veterinarian and head of the FDA vet medicine center, said in the statement.

Now the FDA is asking pet owners to alert them if your pet shows signs of illness. You may file an online report HERE.Or call the toll-free FDA consumer complaint line for Idaho: (800)353-3965.

Pet Treats to look for. The FDA reports that the pet products involved are chicken jerky, treats, tenders or strips. In addition, duck, sweet potato, and pet treats consisting of chicken or duck jerky wrapped around dried fruits, sweet potatoes, or yams have been linked to the illness.

As far as the brand of treats, illness has been linked to many brands, with the commonalities being chicken or duck flavor, jerky-wrapped treats, and largely imported from China.

However, please note, that manufacturers are not required to list the country of origin for each ingredient they use in their finished product. So, often, while labels may not state that the product was made in another country, it still may contain ingredients from China or other countries that export into the U.S.

Symptoms. Pets who have consumed the contaminated treats can suffer from a decreased appetite, decreased activity, vomiting, and diarrhea among other symptoms within hours of eating treats. Severe cases have involved kidney failure, gastrointestinal bleeding, and a rare kidney disorder, the FDA said. Veterinary treatment is recommended. The FDA published a Fact Sheet for pet owners, you may access that HERE.

In conclusion, the FDA reminded consumers to “be cautious about providing jerky treats” to pets. “If you do provide them and your pet becomes sick, stop the treats immediately, consider seeing your veterinarian and save any remaining treats and the packaging for possible testing.”

You may remember, the FDA has issued previous warnings. In January, a number of jerky pet treat products were removed from the market after a New York state lab reported finding evidence of up to six drugs in certain jerky pet treats made in China, the FDA said. The agency said that while the levels of the drugs were very low and it was unlikely that they caused the illnesses, there was a decrease in reports of jerky-suspected illnesses after the products were removed from the market. The FDA believes that the number of reports may have declined simply because fewer jerky treats were available.