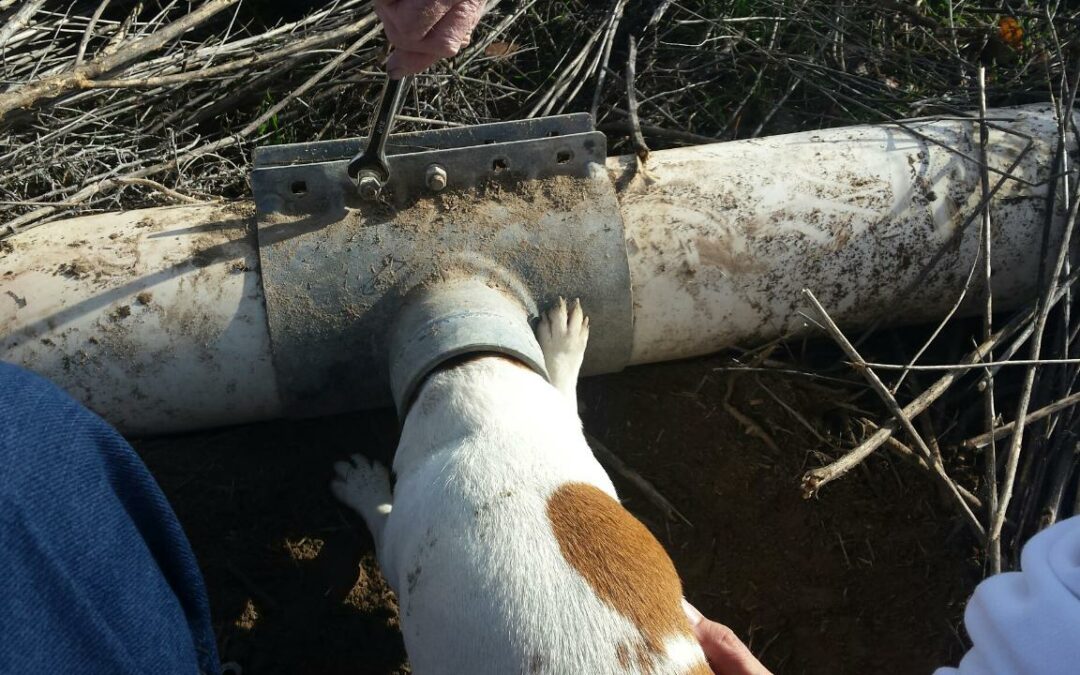 With her head lodged in a pipe for twenty-four hours, the Boise Fire Department provided crucial support in cutting through the pipe and safely extricating the dog.

Garden City, Idaho – A 3.5-year-old Jack Russell Terrier is recovering after quite a memorable weekend. “Baby Dog” was discovered with her head wedged into the joint connection of a steel pipe. Saturday afternoon she did not return home after walking along with her owner on horseback. Melissa Tabor of Melba, says that she and her two dogs often ride and walk together along their property and it’s not uncommon for Baby Dog to linger and head home shortly after. This time, however, she did not return. Melissa searched their route and property and could not find her. With the cold, rainy weather, she was very concerned about the dog and feared the worst.

A neighbor walking the following morning discovered the pooch’s predicament. 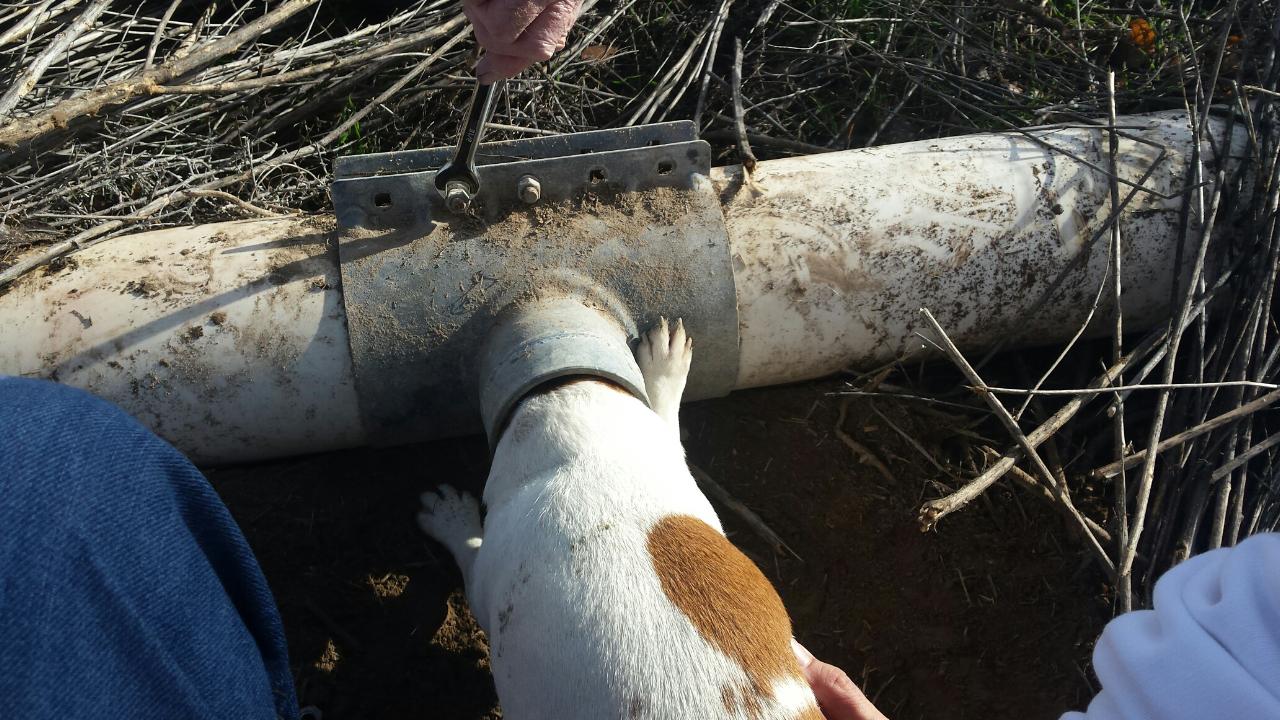 After the neighbor alerted Melissa and her boyfriend, the three attempted to free her from the pipe, but Baby Dog was stressed and her head was wedged very tightly. The trio loosened and removed the section of pipe and brought it – with her still attached – to their shop to make another attempt. Melissa says they tried several different methods including using vegetable oil as a lubricant, but Baby Dog’s head was stuck too tightly. “After twenty-four hours with her head in the pipe she had some swelling and we could not safely remove it,” she said. “Baby Dog was clearly exhausted from the ordeal and we knew we were going to have to get some help.”

Melissa brought the pipe and her dog to the WestVet Emergency Hospital on Sunday. Upon arrival, Dr. Andrea Oncken, Board Certified Veterinary Criticalist, determined that while the dog’s condition was stable, she was suffering from dehydration and shock. The ER team anesthetized Baby Dog, hoping that she would relax and enable the crew to gently remove her head from the pipe. 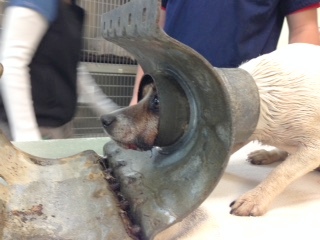 When these attempts were unsuccessful, the Boise Fire Department was contacted.

The B.F.D. Truck Crew 6 and Battalion Chief Gifford responded to the call. They looked at the dog’s situation and determined that they could cut the pipe and free her. 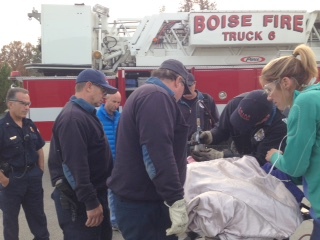 Due to the noise and sparks, the entire operation was moved outside. WestVet staff ensured that the dog was kept warm and out of harm’s way during the cutting and within an hour she was free! She remained overnight at WestVet to receive fluids and ensure her condition was stable. She will return to her family today. In the meantime, as the hospital celebrity, she is enjoying lots of extra attention and love from the WestVet team. This morning Melissa said that she is thrilled with Baby Dog’s recovery and prognosis, and that her next adventure is definitely a bath—after utilizing different lubricants to extricate her head, she’s in need of a shampoo and a scrub.

This is not the first time that Baby Dog has made the local news. The Kuna Melba News reported in March 2013, that Baby Dog and her housemate “Little Dog” slipped Melissa’s truck into gear while attempting to get some doggie treats from the dashboard. Fortunately the pair of Doggie bandits only caused minimum property damage. You can read that story HERE.