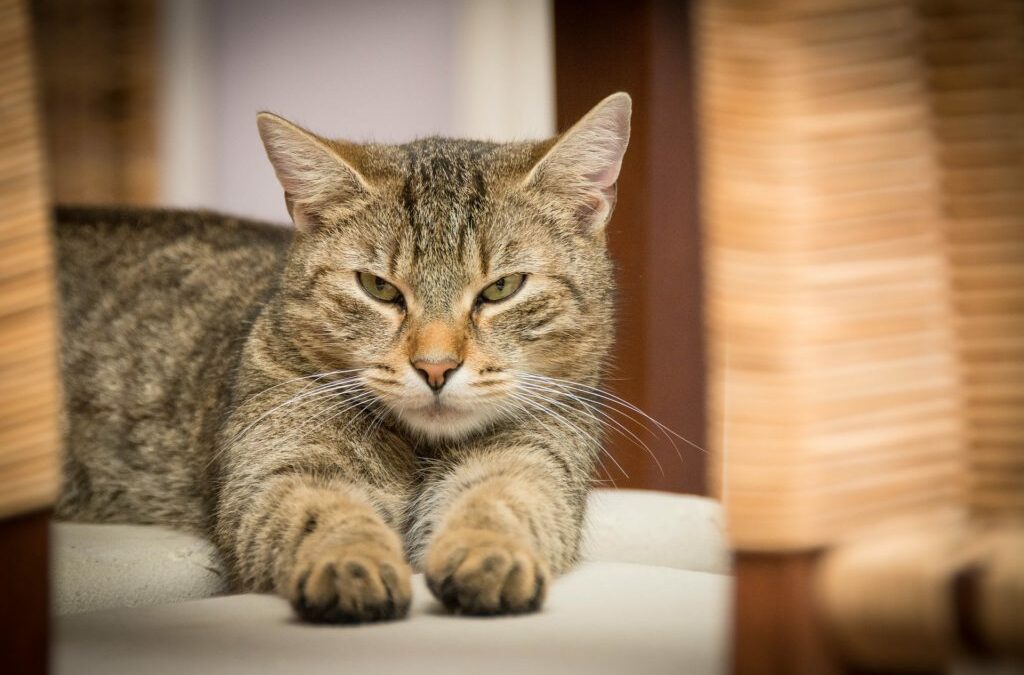 And you thought you had problems! Turns out, cats stress out, too. In fact, your cat might benefit by seeing a specialist for a behavioral workup.

WestVet 24 Hour Emergency & Specialty Center has a doctor on staff who specializes in feline medicine and behavior. Dr. Hazel Carney, a board certified doctor of veterinary medicine with 27 year’s experience, can help you get into the mind of your cat(s).

A published author and national speaker on feline behavior, Carney is known (affectionately) as “the cat whisperer,” “the cat shrink,” and, of course, “the crazy lady that talks to cats.”

Carney, who founded the 13th cat-only medical clinic in the United States in 1982 in Baton Rouge, La., says a variety of common behavioral problems respond well to analysis and treatment. Solving these problems can save a cat’s life.

Your cat attacks you or other pets.

Why they do it: Indoor cats that attack your ankles may be frustrated because they have no birds or other prey to chase. Kittens can learn to be aggressive when owners use their hands or feet to play with them, because it mimics prey.

How to solve it: Add more vertical spaces in the house for your cat so it does not have to compete with others. Provide active play choices, such as chasing laser beams or ping-pong balls, to increase exercise and decrease boredom. Push into the bite when kittens nip and tell it “no bite.” Reward the cat when it is not aggressive during grooming, if that is a problem.

Why they do it: “It’s their version of nail-biting,” Hazel Carney said.

How to solve it: Rule out medical causes by visiting the vet. Carney teaches owners a bit about massage therapy to relax their cats. She is also knowledgeable about acupressure to relieve pain. Carney says many cat owners don’t know how to get their cat to break a bad habit, so they give up the battle. Owners sometimes don’t even realize that they reinforce the poor behavior, explained Carney, an expert in cat behavioral issues. Medical problems can be the root of bad habits in cats, so Carney examines all her patients to rule out illness or injury. Her patients don’t exactly lay down on a sofa to rehash their childhood. But through their body language, behavior and the noises they make, pets send clear signals about their problems. That, combined with a question-and-answer session with the cat’s owner, helps Carney make a diagnosis.Does your cat do this? 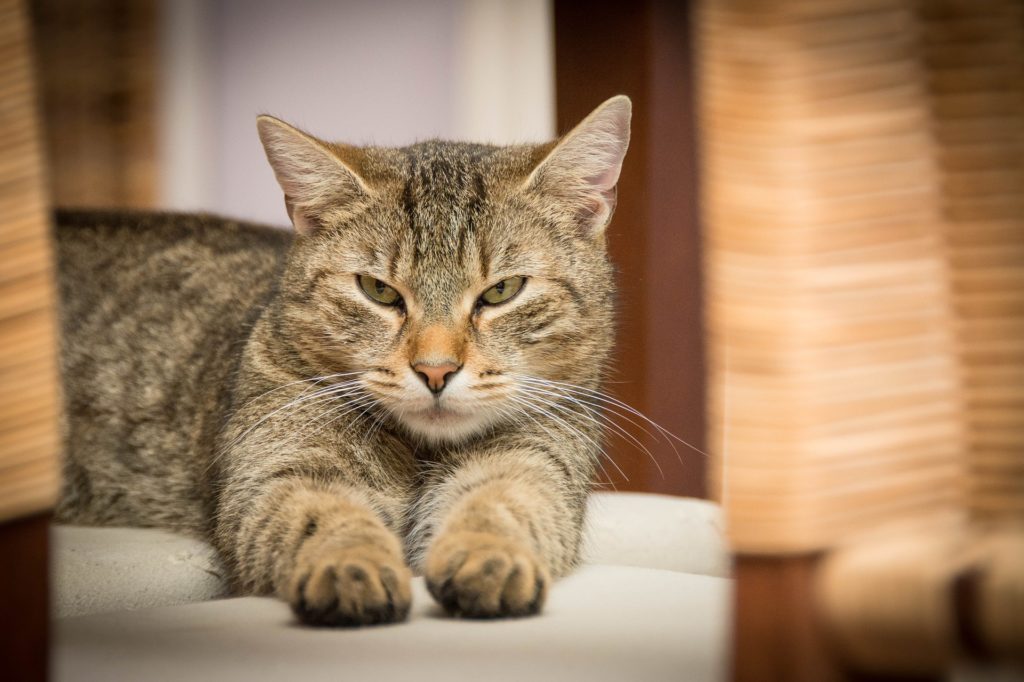 Urinating outside the litter box

Why the do it: When cats urinate outside of the litter box, they’re telling you that something is wrong in their world. “They may have encountered difficulty with another cat, or they’re ill and feeling vulnerable,” Carney said. The box may be too dirty for them.

How to solve it: One cat really needs two litter boxes. If a home has more than one floor, additional litter boxes may be needed on the other levels. Cats need more and larger litter boxes than we normally give them. Place litter boxes in a “safe” place, away from noises (like the washer and dryer) and high traffic areas (toddlers, other pets). Get a new box twice a year.

Urinating on the bed

Why the do it: Your pet may have separation anxiety. Your bed is where your smell is the strongest, and your cat does not want to leave it.

How to solve it: Put the litter box close to or on your bed (protect bedding with a clear plastic shower curtain). Praise the cat for using it and gradually move the box further away from the bed. Develop a leave-taking ritual, even if you leave the house for a few minutes. Don’t make homecoming a big deal.

What’s your cat trying to say?

Cats have 23 words — or distinct vocal sounds — in their vocabularies. They also use their bodies to communicate. Hazel Carney listens for the number of “me’s” and “ow’s” and the emphasis on each sound. Chirping: Cats will trill a chirp-like greeting to say hello. That indicates friendliness.

Purring: Cats have three types of purrs, Carney said, and all three mean something different. The classic happy cat purr is rhythmic and deep. The frightened purr is a lower pitch and monotonous. Then, 24 hours preceding death, cats are known to make a low-pitched, constant purr.

Ears and whiskers: Forward-pointing ears and whiskers indicate interest.Feet: Any cat that allows you to readily handle his feet tends to be a very good-natured cat, Carney said.Slow blinking: This is the equivalent of a kitty kiss, Carney said. “It’s the main compliment a cat gives to his owner.”Staring: A cat that stares at you has a greater aggressive tendency than one that averts his eyes. “In the wild, a cat fixes his eyes on the guy he’s gonna nail,” Carney said.

Kneading: Cats do this when they are relaxed and content. “That’s going back to the happiest time of his life when he was nursing.”